“One year ago, we set off with our business plans, and today we are pleased that the merger progressed in line with these plans.” The words of CEO Peter Pietka as he reflects on Ardent’s first year of operation. 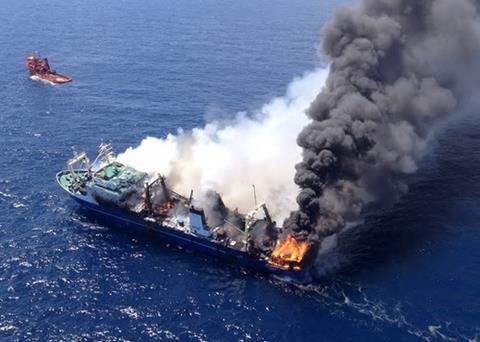 It is a year since Svitzer Salvage and Titan Salvage merged to form Ardent in a move creating a ‘more comprehensive solution’ for maritime industries. The new arrangement includes diversifying services on offer from traditional salvage to a full range of emergency management services, project related work, offshore decommissioning and underwater services.

Prior to the merger Svitzer Salvage was known for its emergency preparedness and response services while Titan specialised in large projects. The formation or Ardent therefore integrates the qualities of both enterprises and while Mr Pietka comments that the market has been ‘weaker than expected’ Ardent has won and executed more than 50 contracts with no loss-time incidents in its first year with integration reported as having gone well and merger targets achieved.

Mr Pietka added: “The current markets in the shipping and offshore sectors have affected our margins. Looking from a different perspective, the current oil and gas market provides us with a large opportunity to focus on offshore decommissioning [and] with the amount of knowledge and diversity between our partners and staff, and with a successful integration behind us, we look forward to the exciting years ahead.”

OIL REMOVAL CONTRACT
One of the contracts carried out by Ardent in its first year was the removal of oil from the sunken Russian trawler Oleg Naydenov. It is now commonplace for one of the earliest phases of salvage and wreck removal operations (after the saving of life) to involve removal of pollutants from the vessel concerned, an indication of the importance placed nowadays by society on the protection of the environment.

Oleg Naydenov was the victim of a serious fire that broke out on board while moored in the port of Las Palmas in the Canary Islands: the ship’s compliment were able to safely leave the vessel while still alongside. It was reported that the vessel had around 1,400 tonnes of fuel oil on board and the Spanish Maritime Safety Agency (Salvamento Maritimo) became involved at an early stage.

The vessel was towed out to sea where it subsequently sank upright in waters 2,400m deep, 15 miles south of Gran Canaria. Oil leaking from the wreck washed up on shore adding to the pressure to deal with the pollutants remaining on board and an ROV survey of the wreck carried out by the government revealed that between five and 10 litres of fuel per hour were leaking from the Oleg Naydenov from three locations.

A contract to remove the fuel from on board was subsequently awarded to Ardent in partnership with Spanish company Ardentia Marine. Ardentia specialises in the subsea intervention business including marine salvage, engineering and commercial diving operations including for the offshore oil and gas industry.

The Ardent, Ardentia joint venture quickly mobilised a full salvage team to the location including the provision of an ROV and heavylift equipment. An operational plan was formulated which involved receiving tanks being submerged to collect oil from the sunken vessel and recovered to the surface as they fill up. In addition, subsea recovery domes were installed over the area where the leaks were detected in order to further contain any potential environmental pollution.

Around four months after the awarding of the contract Salvamento Maritimo reported that the removal of the pollutants from the Oleg Naydenov had been completed and all leaks sealed. The technical committee overseeing the operation subsequently ended the wreck’s emergency status handing over aerial and underwater monitoring to the authorities.