Liverpool city region’s £4bn powerhouse maritime sector will lead the UK’s industrial strategy in the coming decades - according to one of the country’s industry leaders. 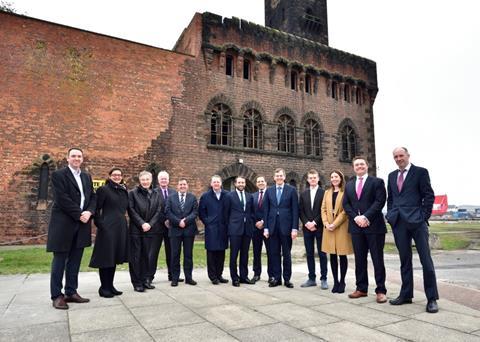 Mr Dingle presided over a National Council meeting of Maritime UK at the Birkenhead headquarters of Mersey Maritime and also spoke at a top-level industry dinner at Liverpool’s Malmaison Hotel organised by, Mersey Maritime. Among the guests were representatives of the UK Chamber of Shipping, the British Ports Association, the Society of Maritime Industries, British Marine, the Institute of Chartered Shipbrokers and Maritime London.

Earlier in the day, Mr Dingle had been given a tour of Wirral Waters and the Grade II-listed Victorian hydraulic tower that will former the centrepiece of the MKH. Work on the project is due to start this summer.