Rotec Hydraulics is a leading UK specialist provider of hydraulic, pneumatic and electrical mechanical components and engineering services to a wide variety of organisations operating across both public and private sectors.

The Fleet Air Arm Museum will be wowing visitors with their new state-of-the-art, immersive Carrier Experience after a £1million refurbishment. 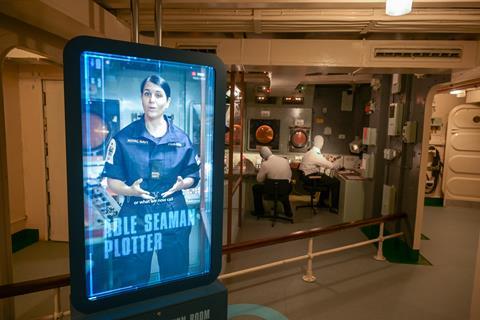 Rotec Hydraulics Ltd were pleased to carry out works on the hydraulic and electrical systems that are integral to the simulator experience at the museum, which houses aircraft and artefacts from the flying arm of the Royal Navy.

Adjacent to the hydraulic works, Rotec carried out electrical works on the customer experience feature at the museum in the main pump room, remote control room and on the scissor lift which raises and lowers visitors during the simulation.

Rotec designed, supplied and installed replacement PLC hardware to replace the Toshiba module, which was then fully programmed with the required application specific logic code to ensure the scissor lift would rise and lower in time with the attraction’s audio-visual experience.

The works Rotec has completed in part of an overarching Carrier Experience. The new experience, which is dedicated to the memory of generous benefactor Vice Admiral Sir Donald Gosling KCVO, Admiral of The United Kingdom, combines digital technology with the scale of a carrier flight deck to transport visitors from the pioneer years of the First World War, all the way to the modern HMS Queen Elizabeth class carriers of today. 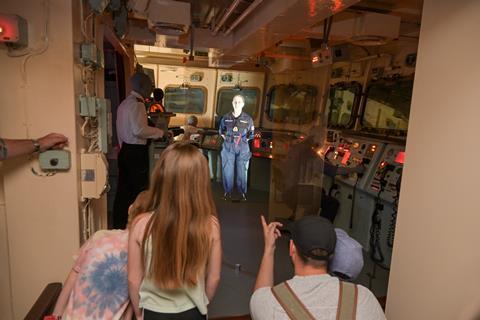 “Vice Admiral Sir Donald Gosling KCVO, Admiral of The United Kingdom founded the original Carrier Experience that opened in 1994 and has welcomed over four million visitors. To see the Experience reinvigorated and made meaningful and relevant for today’s audience is the perfect way to celebrate my late father’s enduring support of the Fleet Air Arm Museum. It reflects a mutual vision to preserve and showcase the proud history of British naval aviation. His generous legacy gift has enabled, once again, the illustrious tale of Britain’s aircraft carriers to be told, and enjoyed, for many more generations to come.”

“The re-imagining of the Carrier Experience to include the Queen Elizabeth Class, the pride of the British fleet, demonstrates our ongoing commitment to the history of naval aviation and telling the story of the contemporary navy. This mix of heritage and modernity mirrors the projects that Vice Admiral Sir Donald Gosling KCVO, Admiral of the United Kingdom so generously supported over the years. I am certain that the work of the staff team, contractors and corporate partner Lockheed Martin has brought to life the Carrier story in the way that Sir Donald had in mind when he made his legacy gift. It is both an honour and a pleasure to recognise his lifelong support with this exhibition, which is housed in The Gosling Hall.”

Rotec were chosen to complete the works due to their impressive ability to combine hydraulics with complex electronic control systems. The works were completed in a matter of weeks, on schedule and to a high standard.

For further information on the expansive range of services Rotec offers, including case studies of other works, visit www.rotec.net.

Rotec Hydraulics is a leading UK specialist provider of hydraulic, pneumatic and electrical mechanical components and engineering services to a wide variety of organisations operating across both public and private sectors.