Rolls-Royce Power Systems is developing complete and fully integrated mtu fuel cell solutions for the reliable generation of continuous and prime power in the MW range. And because they can be deployed as flexibly as a diesel engine, complete fuel cell solutions are set to play a prominent role in the energy revolution says the multinational. 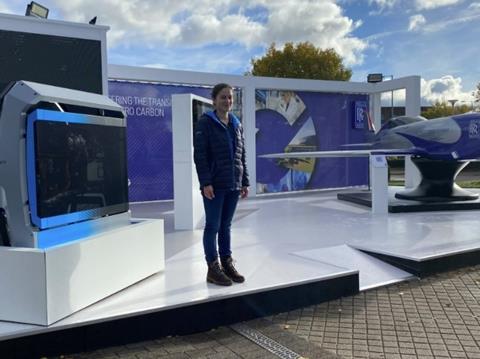 In the future, mtu hydrogen fuel cells are to be used to power ships and heavy-duty off-highway vehicles. Using hydrogen and oxygen, the fuel cell produces electricity to power electric motors. Fuel cells that do so using green hydrogen are not only entirely carbon-free but highly flexible too. That is owing to another huge advantage of the fuel cell system: its scalability. On a ship, for example, the amount of power being generated can be adapted to its power requirement at any one time, thereby saving fuel. When a lot of power is required, all fuel cells are used. When the power demand is average, fewer fuel cells are switched in. And although this technology is not yet available as standard, the way ahead to achieving that goal is clear.

In fuel cells, hydrogen reacts with oxygen to form water, giving off electrical energy and heat in the process. A single fuel cell consists of an anode, electrolyte and a cathode. On the anode side, a catalyst splits hydrogen into hydrogen protons (H+) and electrons (e-). The protons migrate through the electrolyte to the cathode where they combine with the electrons and ambient oxygen to form water. To achieve more power, several cells are usually connected to form a stack.

The Rolls-Royce Power Systems “Green & High-Tech” programme focuses on the development of new technologies and systems that support or deliver decarbonization, whether through alternative fuels, electrification or digitalization. It is always integrated system solutions that are best able to reconcile the ecological aspect with the economic necessities. The Green & High-Tech programme is part of the Power Systems 2030 strategy which sets out the planned route to becoming a provider of sustainable system solution.