The Fehmarnbelt immersed tunnel connecting Denmark and Germany needs 64 winches to position subsea equipment - for which DMT Marine Equipment is happy to oblige.

The 40m deep, 18km long tunnel will contain a total of five tubes - two for rail, two for roads and one for service.

A total of 89 elements will be connected together to make up the length of the tunnel, 79 of these weighing 73,500 tonnes each, the remaining 10 weighing 21,000 tonnes each. 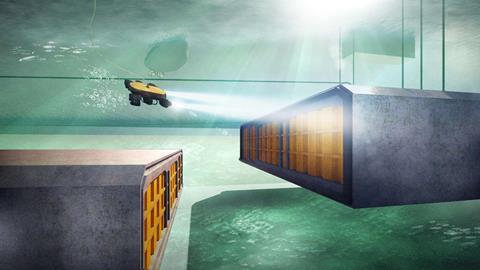 Each will have been cast incrementally in concrete segments over a skeleton of reinforced steel in large casting moulds in a purpose-built factory on the Danish side. Once set, the elements are pushed out to a dry dock one by one and sealed at both ends with a bulkhead before being towed by tug and lowered on to the seabed.

With millimetre precision, they are fitted together, water is pumped out and a partial vacuum ensures they are locked together.

A layer of protective stone then covers the elements, and over time this will in turn be layered naturally with gravel and sand.

To position the elements subsea, DMT Marine Equipment will supply 64 winches, including umbilical, traction, auxiliary, mooring, storage, levelling and other winches. They will be placed on four immersion pontoons before assembly is carried out under water. 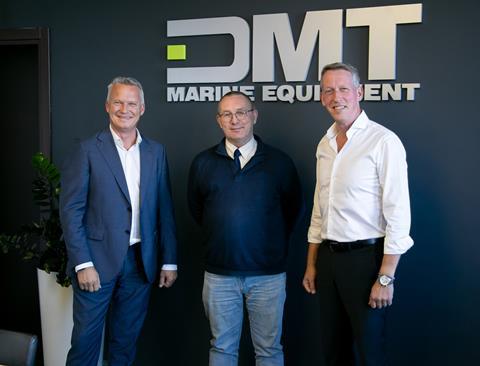 “It’s like a Swiss clock, we need to ensure that all the elements fit perfectly together because if they don’t, even the smallest part, then it will cause trouble,” said William de Boer, key components manager at Femern Link Contractors.

“For us it is a great honour but also a major responsibility to bring our passion and knowhow to the success of this project,” said Andre ter Schure, sales director at DMT.